Teaching at a distance...or not?

May 14, 2014
A little while back I was reading Rebecca's post titled When teaching online doesn’t mean ‘at a distance’. Quite a few things came to mind, but they were too many for one blog post, so I thought I would do two separate ones.  One from my experiences as a program coordinator (and unofficial instructional designer) for the Applied Linguistics department where I work, and one for my role as an (adjunct) faculty member in the Instructional Design program.  This first post tackles the day job role (program coordinator).

In the post, Rebecca writes that she taught a course, online, for a predominantly residential program. The students were thus using online tools to schedule face to face meetings, instead of using the tools to facilitate online meetings to get group work done.  This seems like a lost opportunity to us who have been using technology to communicate and work online for a while now, but to a novice the path of least resistance (and optimal path) is so use what you already know instead of learning something else.

At work we have quite a peculiar setup.  We are one graduate program with two facets: the online facet and the on-campus facet.  The two don't mix except in certain elective courses that both online and campus students can be cross-enrolled into the same online course.  Our online students work cooperatively (or collaboratively) with the tools they have.  They don't have an option.  The campus students, it seems to me, used to cluster around each other in the online courses and worked together so at to avoid having to use the technology to work with each other online.

This was a bit of a problem in many ways.  A few years ago we embarked on an experiment.  We had a faculty member teaching the same course online and on-campus every fall semester.  Why maintain two blackboard courses when one would do? The content (readings, viewings, etc.) was the same for both, and so were major course deliverables. We decided to put the on-campus course into the online course shell.  This way, if campus students wanted to follow along with the weekly online discussions they could.  To get people's toes wet (since most campus students have no online experience), one class a month was substituted for a fully online module (thus, in effect, making the course a hybrid course).  For major course projects, which were group based, on-campus and online students were deliberately put into mixed groups so that campus students had to interact and work with people who were miles away and meeting in person was not an option.  This had a two-fold goal: increase the ICT literacy of campus students (not just the tool usage, but also how to work with one another), but also to enable cross-pollination of ideas.  The online students are in diverse contexts all over the US, East Asia, South East Asia, Central and South America, and Europe and the Middle East.  Whereas campus students are mostly coming from a Massachusetts context. This cross-pollination helps the distance students see a very specific Massachusetts-local context, and helps campus students see other local contexts.

The first year we did this the reviews were not that great.  This was to be expected.  Most people "revolted" because they just didn't want to do online courses, they didn't want to do the technology thing.  Even though they were meeting on-campus every week, the fact that they were required to participate online every so often and work with online students made the course, in their mind, and online course.  There was a bit of reason for the student's dissatisfaction, but not for the reasons that they claimed.  The reason was simple: lack of scaffolding.  Up until that point on-campus courses did not have course complements on the LMS. Students were expected to come once a week for their face to face time and go off and do their thing until next week.  The LMS made them more connected, and thus more "on the hook" in-between face to face meetings.  This course was also taken more than half-way through their studies so they were set in their ways as learners.  I am not saying that learners shouldn't adapt, but I see where they were coming from.  Fast forward to today, the majority of our campus courses use an LMS complement, from the start of the program, thus students are more aware that they will have to be active in the course even when they are not physically present in the course.


had a six-week course dedicated specifically to what it meant to learn in an online environment. This involved activities that allowed us to learn how to do online group work effectively (which looked a lot different before Internet-based audio was an option).


I was asking around in my department to see if we ever had such a thing in our program since our online students are only online, and since I started my day job I've had no knowledge of something similar.  It turns out that we don't, but I think it's an important thing.  A six-week course on how to be a successful online learner, coupled with interactions with the faculty teaching online, would be a good introduction to our program and help build a sense of community.  I am wondering what other online programs do for their on-boarding.  How comprehensive are their on-boarding program and what happens when students don't complete the on-boarding?  I guess I am thinking a bit with an administrator's hat here and not a pedagogues.  Any other program admins out there?

You've been punk'd! However, that was an educational experience 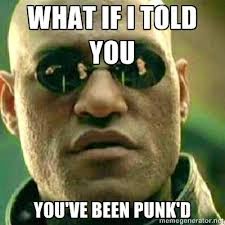 It's now the end of Teaching Goes Massive: New Skills Required (aka #massiveteaching) on coursera. Well, almost, we still have a couple of days left. I guess that the lesson here is that we were (the "learners") were punk'd† by Paul-Olivier Dehaye of the Univerisity of Zurich. After that last blog post (and subsequent pickup of the post by George Siemens and others) Inside Higher Education and the Chronicle wanted to chat with me about this MOOC experience. I only had time for one of the two before things went to press, so my 15 minutes of fame went to IHE.  Both IHE and the C hronicle have written about the topic, and have received some information from Coursera on the incident.  Others have also written about it (see here , here and here ) It's surprising to me that the University, and Coursera, waited until after this thing was a big issue in order to respond in the class, and clue people into what was happening. On Wednesday (day 3 of Week 3/3 of the
Read more 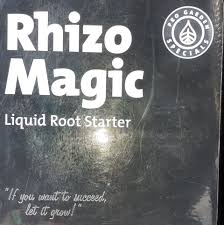 Wonder what's in this... It's been a crazy seven days.  As part of my narrative inquiry into collaborations that occurred in rhizo14 and rhizo15 (or collaborations that sprung up from the work that started there), I am writing a fictional account of a newbie rhizo-learner (sort of how I was a newbie back in rhizo14) who gets to meet rhizo-alumni from past courses and ask them about their collaborations.  This newbie is simultaneously my avatar, but also a persona that encapsulates some common features of the people I connected with to learn more about their experiences. I find the flexibility that narrative inquiry affords a bit freeing.  I can more easily change names, places, and situations, but I still can get to the main ideas that emerged from my conversations with rhizo14 alumni and collaborators.  Anyway, my fictional rhizo course that takes place in 2022 (June 2022, to be exact). I could have made up all the weekly provocation titles, and the course tagline, but it&#
Read more 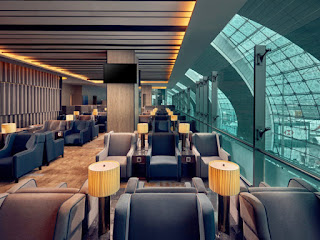 Airport Lounge (looks inviting, yet it's temporary) I'm back, baby! (just picture me as Frank Constanza from Seinfeld 😂) OK, dissertation done(ish)  [just waiting for final approvals], and oral defense passed.  So, I guess I have some more free time to blog, and MOOC [if a MOOC were to become available 😉].  It's been a rather...interesting 18 months.  I've been wanting to work fully remote for years and I got my wish.  I just wish that we didn't need to have a global pandemic as the reason for it.  This fall, we're slated to return to campus, and I am a bit apprehensive. More on that perhaps in future blog posts. For now, I wanted to write some thoughts that came by reading my friend Lance's most recent [unpublished] IHE piece.  You can read the entire piece, titled "Instructional Designers on Campuses" here . There's no doubt that we've learned a lot during this pandemic. How much learning loss  administrators and faculty experience, onc
Read more